If you are planning to start your own crowdfunding platform? Then selection of the right niche/category for your crowdfunding site is very critical to the definitive achievement of your crowdfunding startup. Crowdfunding has shown a clear growth in all the sectors including reward-based crowdfunding, equity based or real estate based fundraising. Here you can get know about the Equity Crowdfunding… Read more » 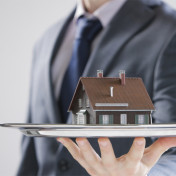