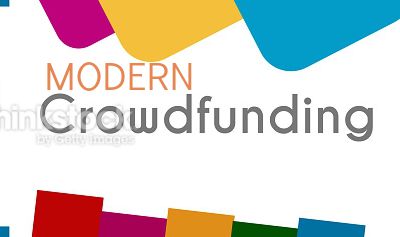 PHP Crowdfunding Site is becoming everywhere and with few success stories like Lockitron who had raised $2 million by launching their campaign on their own website while they were rejected by Kickstarter, the Star Citizen has raised over $66 million on their own website and Scout raised over $474K for impressively demonstrate how running campaign on your own website proves to be the effective way of funding for startups, creative ideas and causes via the crowd can be used to turn dreams into reality.

In the world of crowdfunding, there are few main best crowdfunding platforms which are famous like Kickstarter, IndieGoGo, Gofundme, etc. and if we talk for Kickstarter a famous 3rd party platform which is easily considered the leader of online crowdfunding which has almost close to 2 Billion dollars of pledged money and over 90,000 successfully funded projects. But there are a few drawbacks to Kickstarter and other 3rd party platforms which have given rise to modern-day crowdfunding called independent crowdfunding. Success isn’t always guaranteed based on choosing the best platform, but It requires a lot of effort to establish a project that backers will perceive as a valuable service

Few drawbacks which I have marked during my research are :

The majority of crowdfunding campaign owners spend thousands on paid advertising in which we can see the backlinks which are coming from Facebook, Twitter, Google Adwords which are directing towards successful campaigns. In other words, the third-party platform does nothing it just provides a platform and after paying 3rd party fees we have to put great efforts from our side and pay a heavy advertising cost to make a campaign successful.

Day by day as the crowdfunding industry is growing which results in the rise of advertising and digital marketing agencies to help boost campaigns. Agencies like Fundraisingscript.com, Funded Today, etc which works on a commission basis, they use their own money on advertising but take some amount of fees say 35% of everything raised. Most of the campaign owners contact crowdfunding agencies to make their campaign successful, but however if they fail to convert it into a successful campaign you’re left with a dead campaign and it results in wastage of time and money.

Lost Of Your Idea In Crowd

Some existing companies which are backed with angel investors and which already have money behind them utilize some famous 3rd party platforms like Kickstarter to validate their product-market fit and thousands of startups try to do the same thing everyday on famous 3rd party platforms. Those campaign are backed with investors and they can even start own crowdfunding website also. It affects some serious crowdfunding campaigns and which results in a chance of getting their idea lost in the crowd.

With the above-mentioned drawbacks on an average of 9 out of 10 contributions to your crowdfunding campaign will come from your own efforts. This means that 90% of the crowd is coming from a carefully planned campaign and executed plan according to our planned campaign and the remaining 10% comes from the platform to your campaign page. So it seems like even after paying fees 90% of effort we have to put to get success in crowdfunding. Else we can do the same even by launching independent crowdfunding which can prove to be cost-effective and as per our branding.

Related: Inspired From The Story Of Lockitron: Crowdfunding Without Kickstarter

Strong Branding: By launching a crowdfunding campaign on your own website instead of through a third party you are enhancing your branding by keeping the project all about you. With this, you can make the main source of information about you and your campaign at the same place that you’d like customers to keep returning to when the fundraising is over and this way new people can visit your own website and not your Kickstarter or other third-party campaigns.

Flexible Time Duration: You can set your own time periods for your campaign as much you want. It removes the need to limit your project to shorter periods like 30 to 60 days. With this, you have a chance to offer pre-orders, reach stretch goals, offer limited rewards, etc.

Access To More Backer Information: Crowdfunding Software like Fundraisingscript.com which allows you to launch a project on your own website and manage the data you receive you get access to a lot more backer information than what others famous crowdfunding platforms. As some platform like Kickstarter which limits the amount of information given to creators about backers for privacy reasons, which sometimes hinders creators from reaching out and maintaining direct relationships with their supporters.