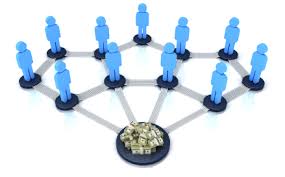 Crowdfunding is having a massive economic impact on every industry under the sun such as for example music, film, real estate, debt & lending, education, sports & athletics, fashion, agriculture, clean energy, science, technology, health & medical and charities just to name a few.

Between 2009 to 2012, crowdfunding expanded as a compound annual growth of 63%. at the end of 2015 research suggest that $93 Billion in investment funds could be globally available.

Growth In Equity:
Originally,developed as a means of quickly raising capital for charitable causes and artistic projects, the JOBS Act of 2012 opened the door for equity crowdfunding.Today,businesses can provide equity in exchange for a capital investment.

In response to the JOBS Act, many platforms have been developed to assist small businesses in raising capital online. Some notable examples include the aforementioned Fundable, AngelList, FundraisingScript etc. Investors are now beginning to utilize these platforms as a means of finding new businesses worthy of significant investment.

To Sum Up How Big Will the Crowdfunding Industry Get:

With this expansion of crowdfunding market we at FundraisingScript comes with new approach of  having your own readymade platform or you can create your own platform with our unique features developed that enables you to kick start your platform for your any idea quickly with quality.

To Know More About Our New Approach Visit- FUNDRAISINGSCRIPT

Conclusion
We have sum up some statistical guesses and predictions showing scope of the crowdfunding market is expanding along with the rising demands. Equity-based crowdfunding is getting place in the market. The more it grows more will it expand, but at this point there’s no telling for sure exactly just how big the industry will get in the next 5 to 10 years.It will be very exciting to continue watching as the industry evolves.