Most filmmakers don’t consider themselves crowdfunders, never mind entrepreneurs, and therefore rarely take the time to research other campaign strategies like Crowdfunding for Filmmakers: The Way to a Successful Film Campaign will be an invaluable tool to ensure a triumphant climax to a rigorous crowdfunding campaign. Crowdfunding for Filmmakers centers around offering practical information, tips, and tactics about how to launch a successful film campaign. By going with the flow of traditional models of campaign, utilizing today’s technological and social innovations, and augmenting each with an added personal touch.

The end of each section offers summary points for quick review as well as exercises to help crowdfunders get a head start thinking about their own film campaigns…..Filmmakers learn crowdfunding from real life success stories that will inspire them to be as creative with their campaign as they are with their films….

I am noticing a trend with crowdfunding filmmakers: Many people are rushing into crowdfunding to finance their indie film projects without fully understanding the numerous challenges that await them. 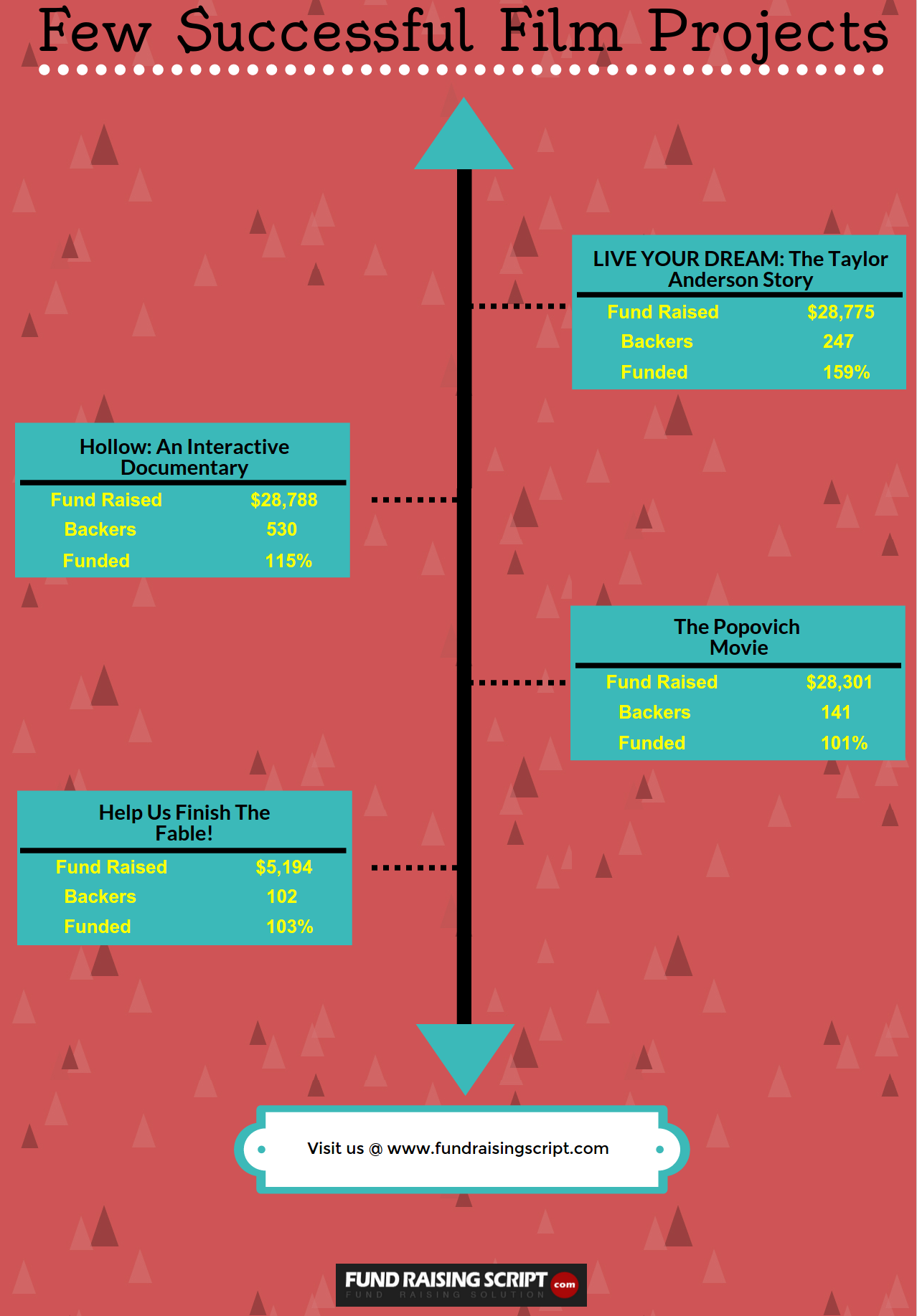 So, with this emerging trends in crowdfunding market we at Fundraisingscript find the best way to run successful film campaign by launching your own crowdfunding platform for your valuable film script as per your needs & requirements.