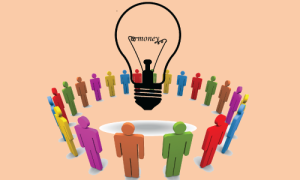 Introduction
Crowdfunding a popular concept started in US & UK is an emerging way of raising capital by pooling of resources by a group of peoples for a completion of a common goal or project or to bring idea into reality. Crowdfunding is not a new concept for India as it has seen massive crowdfunding success story many years before,when the founder of the Reliance Industries Dhirubhai Ambani was first to use methodology of crowdfunding for his small yet growing textile business which was crowdfunded by communities across the Indian state of Gujarat.In 30 years Reliance Industries had become 60 billion dollar business and is still growing strong.

Crowdfunding Scene in India
Today’s India with its huge market and human capital has moved on and become a popular destination for global business and other investments which has identified opportunities.There are a number of crowdfunding platforms in India like Wishberry, IgniteIntent, FundaPeer which has already successfully funded many projects.Most Indian Entrepreneurs usually possess the requisite skills to turn an ideas into a fortune. However, lacking of enough financial support, many such ideas fail to execute. To their rescue, a few Crowdfunding websites have been established in the country.However, the emergence of platforms that promote crowd-funding is fairly recent to India. These platforms help start-ups or small businesses meet their funding requirements.
There have been several attempts at crowdfunding for events like the Goa Project and campaigns like Teach for India. Crowdfunding is slowly becoming an alternative funding channel for the film industry.

According to World Bank Report crowdfunding in china could reach $50billion by 2025.So Emerging markets like India,Brazil & China to lead crowdfunding growth.

Crowdfunding:Handlers
There haven’t been success stories of Indian entrepreneurial projects through crowdfunding yet, but looking at the global trend of easing funding laws there are reasons to remain positive.India being the one biggest countries for Non Government Organisations (NGOs), crowdfunding stands a big chance. Lot of new platforms are going to come in near future.Many colleges and even individuals will push students to list causes on crowdfunding platforms.

Legal Issues Of Crowdfunding In India
There are some legal issues related to crowdfunding in India. As equity crowdfunding is yet not legal in India.Of the three models Donation,Equity & Lending, donation based crowdfunding looks more efficient approach for now.Lending based microfinance platforms like Kiva need approvals from the central bank. The Reserve Bank of India in 2011 approved Milaap, a non-profit microfinance institution to crowd source funds from overseas.

Conclusion
A handful of crowdfunding platforms have indeed cropped up – Funduzz, YoLaunch, Pik A Venture ,and some are still in beta.Moreover in today’s open-source world, individuals or companies can easily self-start their own platform using popular open-source script delivered by FundraisingScript. WIth this script you can prepare your own customizable crowdfunding platform in a matter of minutes for your any idea/product/project.Its also called DIY approach which is new and popular in crowdfunding industry.

For more details and features you can visit our website : fundraisingscript.com

India has on its side the human capital, many of them capable of small investments, and several business opportunities.

So crowdfunding is here to stay in India.